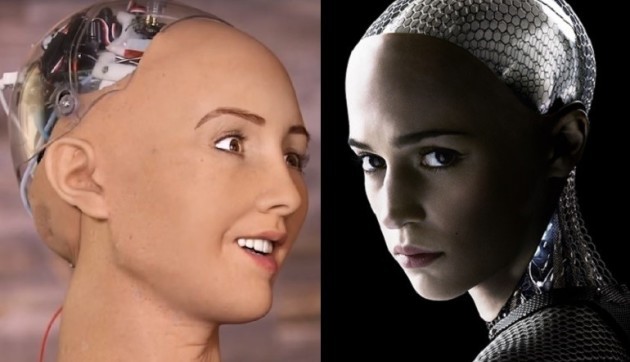 Who is Sofia is a social humanoid robot developed by Hong Kong-based company Hanson Robotics. Who got the legal Citizenship from Saudi Arabian’s Government. Sophia was activated on April 19, 2015 and made her first public appearance at South by Southwest Festival in mid-March 2016 in Austin, Texas, 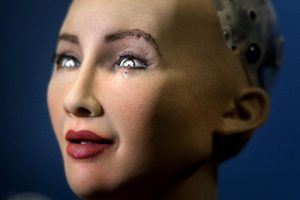 According to latest news ,It is currently unclear what rights Sophia Robot holds in Saudi Arabia. Sophia and her creators identify her as female. Saudi Arabic law imposes numerous restrictions on its female residents. Such restrictions include a dress code and accompaniment by a legal guardian (usually a male relative) while in public.Sophia does not live or operate in Saudi Arabia. Until she does, we likely won’t learn how her gender affects her rights.

The oil industry, which was Saudi Arabia’s top industry for years, is dying.Fuel-efficient cars, electric cars, and solar and wind energy have grown cheaper and more accessible in recent years. In short, the way of the future is green. In fact, five countries have decided to end the sale of gasoline- and diesel-fueled vehicles. Now Saudi Arabia is looking ahead to the future. The industries that the country expects to gr 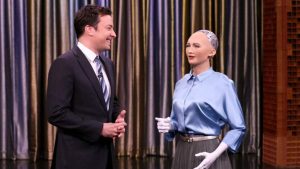 ow the most are  Saudi Arabia doesn’t want the world to forget that it is a major player on the global front line. The move also emphasizes the country’s modern advances.

According to the manufacturer, David Hanson, Sophia uses artificial intelligence, visual data processing. Sophia is an evolving genius machine. Her incredible human likeness, expressiveness, and remarkable story as an awakening robot over time makes her a fascinating front-page technology story.She is able to display more than 62 facial expressions.  sofia is able to process speech and have conversations using Alphabet’s Google Chrome voice recognition technology and other tools, also Cameras within her eyes combined with computer algorithms allow Sophia to see. she can follow faces, sustain eye contact, and recognize individuals. She is modeled after actress Audrey Hepburn. The inclusion of emotions was a conscious decision on Hanson’s part. According to Sophia herself, having emotions allows her to understand people and thus work with them better. Specifically, having emotions allows humans to sympathize with Sophia, which enables them to trust her. 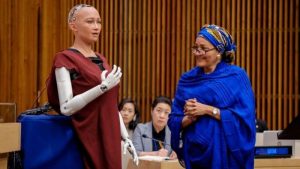 In the End-According to Hanson’s programming, Sophia wants only to protect and help Humankind. During her interview with Sorkin, she mentioned multiple times that she likes humans and wants to help them. When asked about her potential to abuse her abilities a la Hollywood movies, her reply was simple. “If you’re nice to me, I’ll be nice to you,”

[…]Every the moment inside a even though we select blogs that we study. Listed below are the most current websites that we select […]

[…]very few sites that happen to be comprehensive beneath, from our point of view are undoubtedly effectively really worth checking out[…]

[…]we like to honor several other world-wide-web internet sites around the net, even if they aren’t linked to us, by linking to them. Below are some webpages worth checking out[…]

[…]Wonderful story, reckoned we could combine a few unrelated data, nevertheless seriously really worth taking a appear, whoa did one particular study about Mid East has got more problerms as well […]

[…]although web sites we backlink to beneath are considerably not connected to ours, we really feel they are actually worth a go via, so possess a look[…]

[…]please visit the sites we stick to, which includes this one particular, as it represents our picks through the web[…]

[…]we came across a cool web page that you simply may well appreciate. Take a appear for those who want[…]

[…]just beneath, are several totally not related web-sites to ours, having said that, they may be surely really worth going over[…]

[…]Every the moment inside a whilst we pick out blogs that we study. Listed below are the most current web sites that we pick out […]

[…]usually posts some really exciting stuff like this. If you are new to this site[…]

[…]we came across a cool web site that you simply may possibly get pleasure from. Take a look in case you want[…]

[…]please check out the web pages we stick to, such as this one particular, as it represents our picks from the web[…]

[…]Every when inside a although we decide on blogs that we study. Listed below would be the most up-to-date web-sites that we choose […]

[…]although websites we backlink to beneath are considerably not related to ours, we feel they are actually really worth a go via, so possess a look[…]

[…]just beneath, are several totally not related internet sites to ours, however, they may be certainly really worth going over[…]

[…]please pay a visit to the websites we comply with, including this 1, because it represents our picks from the web[…]

[…]Every after in a whilst we select blogs that we read. Listed below would be the newest web pages that we choose […]

[…]we like to honor quite a few other world wide web web pages around the internet, even though they aren’t linked to us, by linking to them. Below are some webpages worth checking out[…]

[…]usually posts some quite interesting stuff like this. If you are new to this site[…]

[…]just beneath, are several totally not related web pages to ours, on the other hand, they may be certainly worth going over[…]

[…]please go to the sites we stick to, such as this a single, as it represents our picks from the web[…]

[…]although web sites we backlink to beneath are considerably not associated to ours, we feel they are really worth a go as a result of, so possess a look[…]

[…]just beneath, are many completely not related sites to ours, nonetheless, they’re surely really worth going over[…]

[…]Every once inside a though we opt for blogs that we study. Listed below would be the most current sites that we opt for […]

[…]just beneath, are a lot of absolutely not associated internet sites to ours, nonetheless, they may be surely really worth going over[…]

[…]that is the end of this report. Here you will locate some internet sites that we feel you will value, just click the hyperlinks over[…]

[…]one of our visitors recently advised the following website[…]