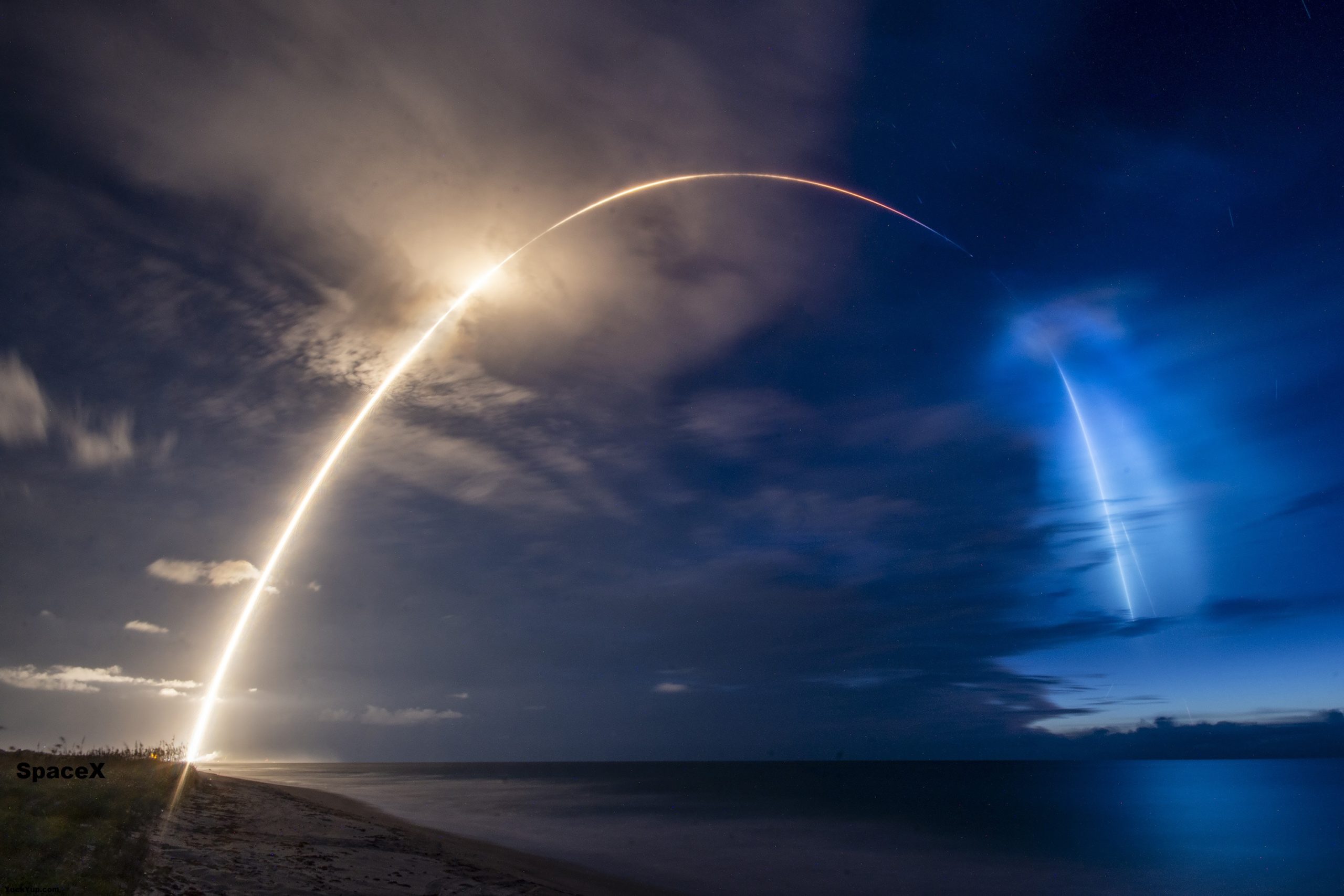 SpaceX has launched its latest batch of Starlink satellites, growing the constellation by another 58 spacecraft just 10 days after its most recent Starlink launch. That brings the total number of operational Starlink broadband internet satellites on orbit to 538. SpaceX also split the payload for this Starlink mission for the first time, giving up two of its usual Starlink payload complement in order to also carry three Planet Skysat spacecraft on behalf of that client.

As was the case with a single Starlink satellite on the V1.0 L7 mission (launched on June 4), all Starlink satellites that will launch on the V1.0 L8 mission – and subsequent missions going forward – will also feature a sun shade or visor, which will assist in blocking sunlight from reflecting off of the majority of the spacecraft body while in orbit and reducing its overall albedo/intrinsic brightness as observed from the ground. These visors will deploy shortly after spacecraft separation during Saturday’s launch.

Starlink, because of its size and the relatively low-altitude orbit that they traverse, has been criticized by nighttime scientific observers because they present a potentially bright distraction as they pass overhead. SpaceX launched one Starlink satellite equipped with a new deployable sun visor it created that can block reflections of sunlight off of their antenna surfaces, and on this launch, each of the 58 satellites was outfitted with this new mitigating technology.

Hopefully, that means that Starlink can now exist more harmoniously with scientists who rely on Earth-based observation of the stars and night sky, but the ultimate proof will be in what difference these solar visors make when deployed in volume among the Starlink constellation.

Each operational Starlink satellite weighs in at approximately 260 kilograms (573 pounds) at launch.

The SkySat satellites are built by Maxar Technologies, and are designed to capture high resolution panochromatic and multispectral images of Earth via the use of a 3.6 meter focal length Cassegrain telescope and three 5.5 megapixel CMOS (complementary metal oxide semiconductor) imaging detectors on each spacecraft, thereby enabling an image resolution of less than 50 centimeters. The SkySats are also outfitted with a modular propulsion system utilizing “green propellants”, which are intended to be less toxic and more efficient when used for in-space maneuvers. 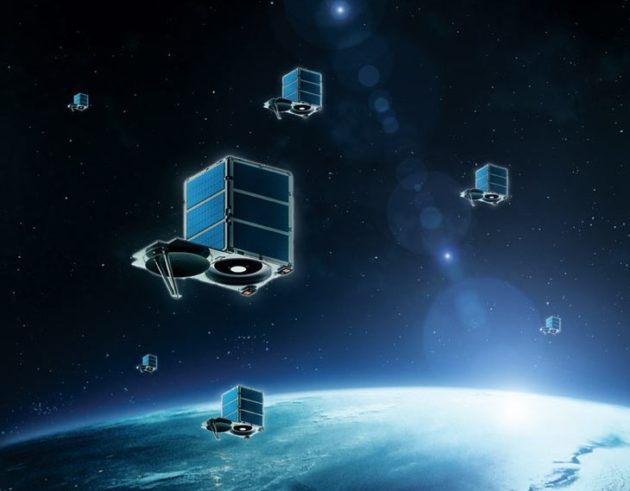 Fifteen Planet SkySat satellites have been launched to date, with the first two spacecraft serving as prototypes. Both were launched in November 2013 and July 2014 as secondary payloads on Dnepr and Soyuz rockets, respectively. The other thirteen operational satellites have been launched to 500 kilometer (310.6 mile) sun-synchronous orbits, having flown on ISRO’s Polar Satellite Launch Vehicle (PSLV), Arianespace’s Vega, Northrop Grumman’s Minotaur-C, and SpaceX’s Falcon 9 over a four-year period.

The Falcon 9 rocket and its 61 satellites were lifted to the vertical position at SLC-40 on Friday afternoon, just over 12 hours before the scheduled launch time.

After lifting off from SLC-40, Falcon 9 pitched downrange as it accelerated towards orbital velocity. At around a minute and 12 seconds into the flight, the vehicle passed through the region of maximum aerodynamic pressure, or “Max-Q”. During this portion of flight, the mechanical stresses on the rocket and payload are at their highest. 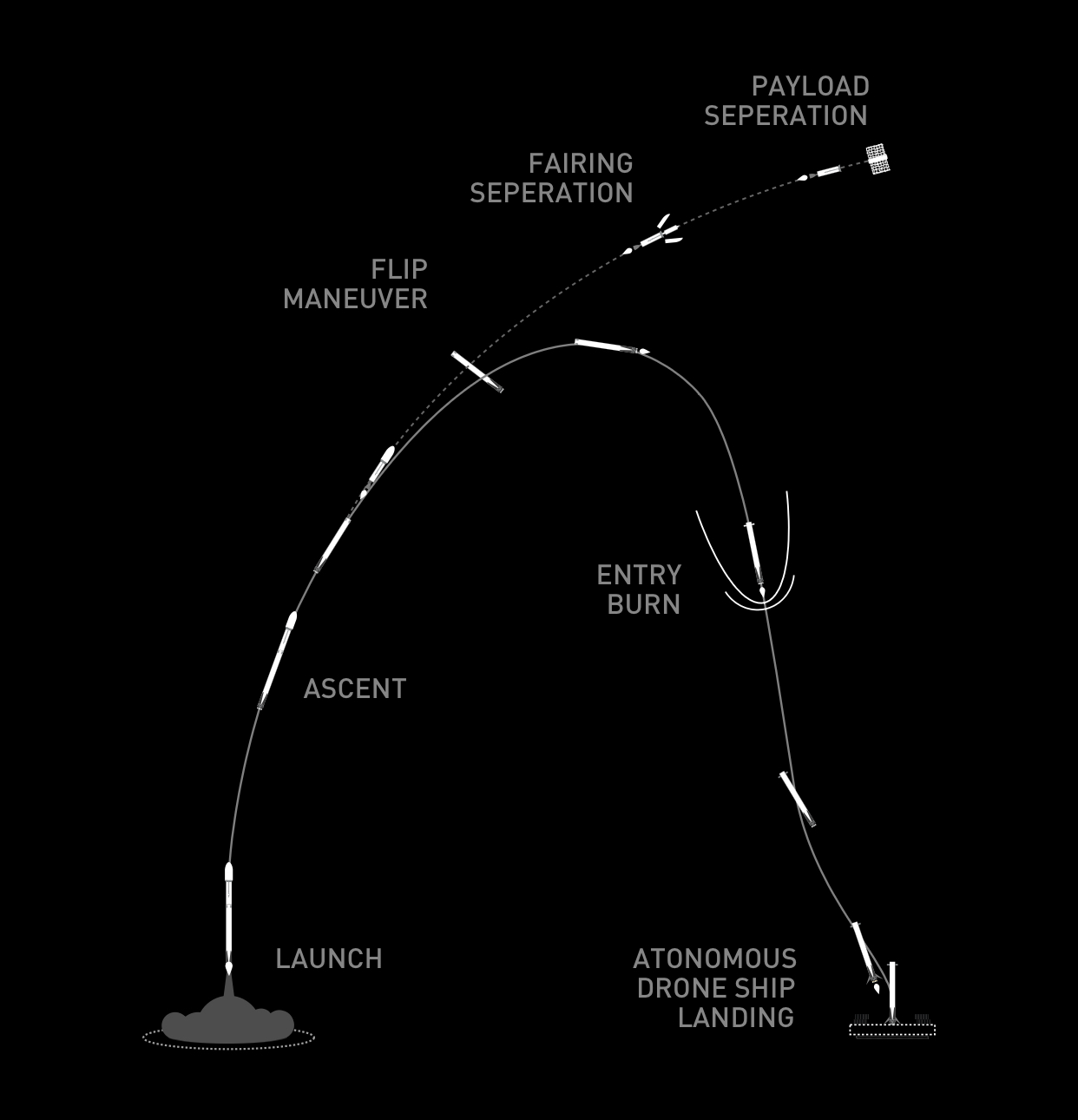 The nine Merlin-1D engines on Falcon 9’s first stage continued to burn until around T+2 minutes and 32 seconds, at which point they all shut down simultaneously in an event known as MECO, or Main Engine Cutoff. Stage separation occurred shortly afterward, with second stage Merlin Vacuum engine ignition taking place at the T+2 minute 43 second mark. Upon engine startup, the second stage continued to carry all 61 satellites to a low Earth orbit, with an inclination of 53 degrees.