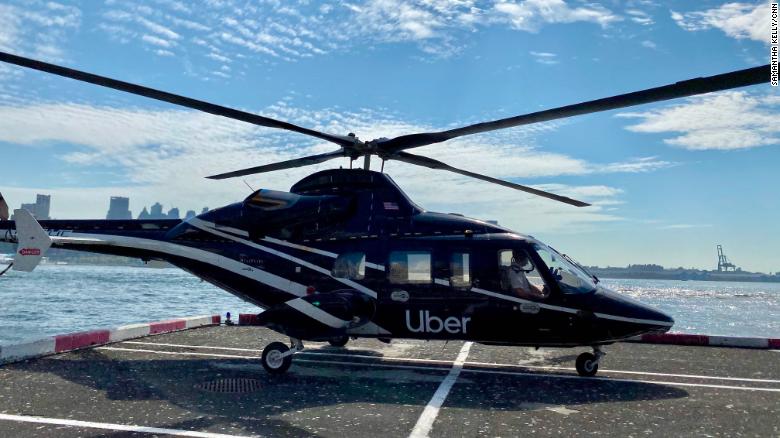 Earlier this year, Uber starting offering helicopter trips from Manhattan to John F. Kennedy International Airport to select passengers. Those trips, which start at $200 a person, are now available to everyone with an Uber account.

Don’t expect Uber to send a helicopter to pick you up at home, though. The service includes an Uber ride to the helipad in lower Manhattan, then an eight-minute helicopter trip, followed by one more Uber ride to the terminal. Uber Copter is available Monday through Friday during the afternoon rush only. Depending on demand, prices could rise to as much as $225 per person.

Uber sees the helicopter service as an opportunity to gather data for its plans to launch a fully fledged air taxi business in 2023 using lightweight, electric aircraft. Those types of aircraft are not in commercial service yet, so Uber is using helicopters in the meantime. Uber Copter is operated by a company called HeliFlite, a company that also provides flights between Manhattan and the Hamptons.

“This is our first step to what will become a future Uber Air network,” Eric Allison, head of Uber Elevate, said in a statement.

Uber is billing the helicopter rides as a time-saver, but a Reuters reporter testing out the service said it took 70 minutes total, including a subway ride and two Uber trips — which is about the same amount of time it would take in a taxi from midtown Manhattan. Uber argues that the Reuters report is misleading because outbound service to JFK is only available to Uber customers who are already in Lower Manhattan, which is in the vicinity of the helipad. In other words, Uber Copter won’t save you any time if you’re located anywhere else in Manhattan.