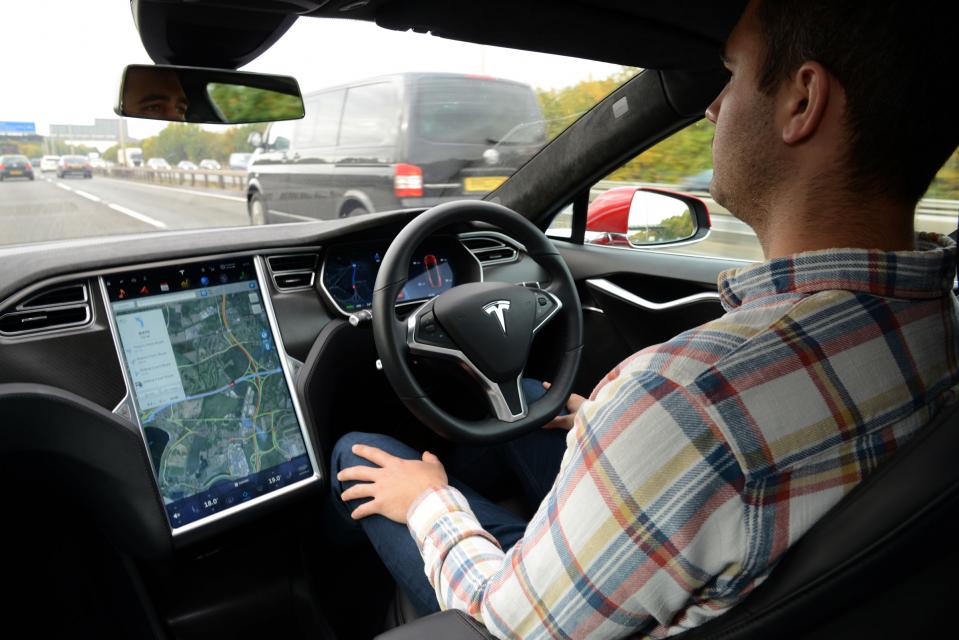 Tesla is rolling out a new software update that adds a slew of new features to its cars. These include the new “Smart Summon” feature, which will allow cars equipped with the optional $5,000 full-self driving package to automatically drive themselves from a parking spot to collect you in a parking lot.

This is one of the most advanced semi-self-driving features that Tesla has yet released to the general public, and the company still says you should use it only in lots and when you have a clear view of your car. The company also notes that you’re ultimately responsible for the vehicle, so definitely be aware of what’s going on with the car and its surroundings if you’re planning to use this one — and you can stop the car remotely should you feel the need to. Smart Summon has been out in a limited preview beta for some customers, but now it’s going to be rolling out to all vehicles that have purchased the FSD option.

Other new features included in this update include the much-requested native Spotify  support, which is available to all Spotify Premium account-holders across all markets where it’s available. That should go a long way toward satisfying Tesla owners who have been less than satisfied with playing audio via Bluetooth from this extremely popular streaming music option. In China, Tesla is also rolling out Ximalaya, a podcast and audiobook streaming service.

Tesla Theater Mode, also new in version 10.0, connects your infotainment system to your Netflix,  YouTube and Hulu/Hulu+  (including Live TV if you’re subscribed to that feature) accounts, giving you access to streaming video from all these platforms while the car is safely in park. In China, the automaker is also adding IQiyi and Tencent Video, and it says it’ll be adding more options globally “over time” to supplement these offerings. The new Theater Mode will also provide access to Tesla vehicle tutorials for owners to watch in-car (again, only while parked).

A lot of these updates focus on entertainment options, including the new “Car-aoke” mode, which, as you might have guessed, adds an in-car karaoke experience that includes a “massive” library of music and lyrics, Tesla says, with multiple languages supported. Singing along on road-trips has long gotten by with low-tech options only, but official support might encourage more amateur James Cordens.

Last but not least for new entertainment features, there’s the launch of the Cuphead port on Tesla Arcade, the in-car gaming software Tesla launched earlier this year. Cuphead is a cult smash hit indie game, with an iconic art style reminiscent of early Disney animation, and this is definitely a nod to Tesla’s core geek audience (and probably a treat for the Musk man himself). Again, this is only available while parked, in case you were worried about distracted driving.

Tesla also added some new navigation features that suggest interesting restaurants and sightseeing opportunities along your way, which could result in some more interesting spontaneous adventures. There’s also a new file system tweak that separates videos captured by the car’s camera when in Dashcam and Sentry Mode to make it easier for users to find them, and they’ll be auto-deleted when there’s a need to free up storage.

This is a big ol’ update packed with new features, and it’s going to be rolling out over-the-air to vehicles beginning this week. As mentioned a couple of places above, you might see some slight differences region to region, but Tesla says you can also check out the updates in-store at its showrooms if you want a sneak preview.