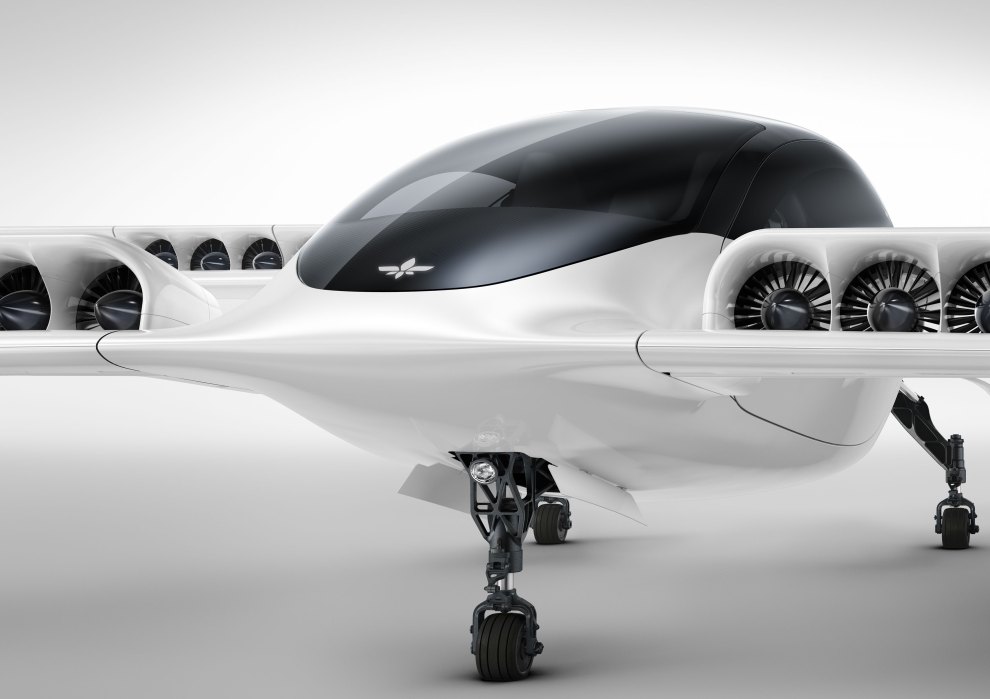 “Flying cars” — airborne vehicles designed for urban and other short-distance commutes to replace conventional private automobiles — are (at best) still years away from being a reality, with significant safety, technology and business model hurdles to clear before they ever hit the sky. Now, sources tell us that one of more promising startups in the field, the German startup Lilium, wants to put itself into pole position, by ramping up its financial position.

Lilium  has been talking to investors to raise a big round of funding, between $400 million and $500 million, according to those familiar with its plans. “It’s a very large round at a very large valuation,” one VC told TechCrunch.

It’s not clear yet who is investing in this latest round, or what that valuation might be.

Lilium already has some deep-pocketed investors behind it. In addition to WeChat owner and Chinese internet giant Tencent; it counts Atomico, founded by Skype co-founder Niklas Zennström, as a repeat investor. Obvious Ventures, the early-stage VC fund co-founded by Twitter’s Ev Williams; LGT, the international private banking and asset management group; and e24, a fund from Christian Reber (co-founder of Wunderlist and now Pitch), have also backed it, among others.

In all, Lilium has raised over $100 million in financing to date in previous rounds. But given that its plans involve not only building ground-breaking aircraft but then operating them in fleets, that’s not nearly enough to establish its service and have the impact that founder and chief executive, Daniel Wiegand, hopes he can have.

“It’s not only a benefit in terms of relieving society from transit traffic, but the much, much bigger benefit would be that everyone can use it and that people can get to their destination five times quicker, basically a five times increase of their daily radius of life,” Wiegand said in 2017. “This connectivity is going to be a huge benefit to society but also economic growth.”

Tencent, Atomico  and Obvious were among the investors backing Lilium in its most recent $90 million raise. Sources tell us that Tencent is again in this latest round, and the startup has been pitching potential new investors since at least this spring, visiting with firms in Silicon Valley.

It seems this latest, bigger round has yet to close. The target size implies the involvement of big names, with big funds behind them.

“I sincerely hope they get the funds to transform transportation,” one source said.

When (if) the round closes, that would make it the biggest fundraising to date for flying taxis, an area that has lots of potential, but is still far from tested — a fact that one source suggested could contribute to the longer period needed to close the outsized round.

“It’s a known secret how hard it is to raise growth rounds in this space because it’s such a new and untested market,” an executive from another air-taxi startup noted. “Early investments were betting on the market vision and the concept of radically new mobility, but now it’s dawning on investors and others that it’s also a regulation play, and more.” That translates potentially to sustained costs, “and that may be one reason why it’s taking some time.”

Add to that the ambition at hand — designing completely new transportation hardware, then manufacturing the aircraft at scale, and then finally building a transportation, taxi-style service around them — and you can start to see why the round might be very large.

Lilium, Atomico, Tencent and Obvious all declined to comment for this story. We’ll update the post if that changes.

Up, up and away

It’s been a little over two years since Lilium and others in the same space such as Volocopter began publicly discussing their visions for the future of mobility alongside incredibly well-funded industry giants like Uber and established aerospace companies like Airbus, Boeing, and others.

Lilium raised its first round of funding in December 2016 and only a few months later, Uber  convened its first Elevate conference, which included discussions on the transportation industry’s flying future.

Since those initial discussions, the companies developing technologies and services to bring those plans to fruition have made significant strides.

Earlier this year Lilium announced the first successful flight for a new five-seat electric vertical take-off and landing (VTOL) vehicle. Others are readying pilot projects in their first launch cities, with the timeline for first full-launch services currently hovering around the three-year mark from now (note: dates do get pushed back).

For Lilium and its competitors, the development of completely new, air-borne vehicles are a means to solving a specific problem: roads in and between cities are too congested with traffic; and electric, air-based options can be a way to offset that situation in an environmentally-friendly way.

Many companies building these new craft are considering taxi-style services as the first or primary point of market entry because — similar to fully-autonomous cars — the cost per vehicle will likely be too high for most individuals to consider buying for private/sole use, notwithstanding the safety features of being able to manage a full fleet autonomously that would be harder to execute with single users (who would have to be pilots, in the case of flying cars).

Lilium’s new vehicle claims to have a top speed of 300 kilometers per hour and a 300 kilometer range, which would make it capable of covering longer distances than its competitors. Lilium says this is partly because it’s designed it in the form of a small jet aircraft instead of mimicking the mechanics and form factor of drones or helicopters (the latter is the approach that Volocopter,  another startup out of Germany backed by the likes of Intel and Daimler,  is taking). The fixed-wing design of the plane means that it can rely on lift to stay aloft, cutting down on the power demands on the electric 2,000 horsepower engines when it’s aloft.

“This efficiency, which is comparable to the energy usage of an electric car over the same distance, means the aircraft would not just be capable of connecting suburbs to city centres and airports to main train stations, but would also deliver affordable high-speed connections across entire regions,” Lilium said in a statement at the time.

But physics is just one part of the complex system of moving pieces that would need to come together to get Lilium (or any of its rivals) off the ground.

For one, any system will need to integrate with existing air traffic control infrastructure as well — as local and national regulators grapple with increasingly crowded skies.

Another involves the logistical components to operate a service. The company also established a software engineering base in London to help build out the fleet management software and mobile phone application that will connect customers to the jets for transit, and it has been hiring.

Although we have yet to see any commercial services emerge built on the concept of fleets of providing short/medium-distance, air-based taxi-style transportation, there are a number of hopefuls that have identified the opportunity of both designing aircraft and building services around them.

Companies like Kitty Hawk, eHang, Joby and Uber all hope to play a role in offering short-range flights as an affordable alternative to road-based transportation. (Blade and SkyRyse, two other air taxi services of sorts, are offering more conventional helicopters and other vessels in limited launches for well-heeled travelers willing to spend the money.)

Last week at San Francisco Disrupt 2019, Kitty Hawk announced its latest vehicle, Heaviside. It’s an electric aircraft designed to be a personalised vehicle, less obtrusive than a helicopter, ableto go anywhere and land anywhere fast and quietly, and as easy to operate as “pushing a button,” according to CEO Sebastian Thrun.