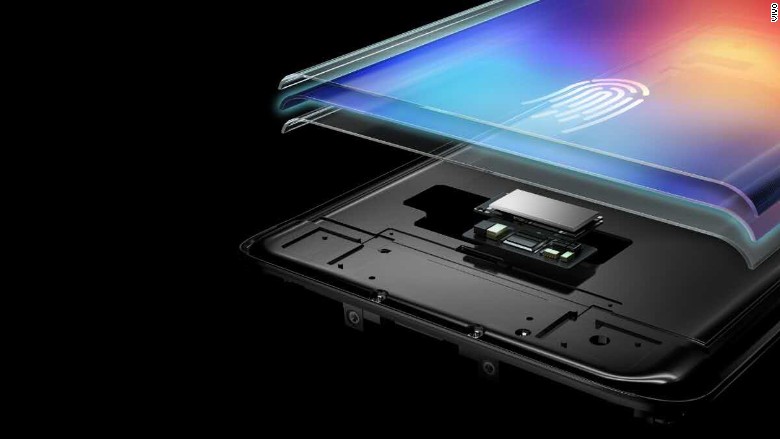 In the past decade the Smartphones are ruling on the world with their advance features. every smartphone

making company is making their smartphones more featured then the other. 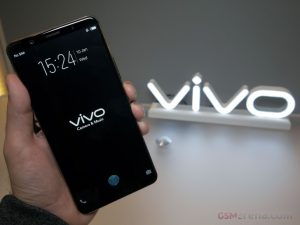 Due to this race between the smartphone making it more advance. now i these days smartphones where focusing on the battery and display of the smartphone by making wireless battery charging technology and bezel less screen.

on the other hand vivo (famous smartphone making company) is going to launch the first phone with an in-display fingerprint sensor. After an entire year of speculation about whether Apple or Samsung might integrate the fingerprint sensor under the display of their flagship phones, it is actually China’s Vivo that has gotten there first on screen finger print sensor-ed smartphone.It works by peering through the gaps between the pixels in an OLED display and scanning your uniquely patterned epidermis. Soon vivo will launch this smartphone according within these two months. But the date is not fixed yet as the phone is under testing conditions.

[…]check below, are some entirely unrelated web-sites to ours, nonetheless, they’re most trustworthy sources that we use[…]

[…]check beneath, are some entirely unrelated internet websites to ours, nonetheless, they may be most trustworthy sources that we use[…]

[…]Wonderful story, reckoned we could combine a number of unrelated information, nevertheless really worth taking a appear, whoa did one study about Mid East has got much more problerms at the same time […]

[…]we came across a cool web site that you could take pleasure in. Take a search for those who want[…]

[…]check below, are some completely unrelated web sites to ours, nonetheless, they are most trustworthy sources that we use[…]

[…]we prefer to honor quite a few other web web-sites around the net, even though they aren’t linked to us, by linking to them. Under are some webpages really worth checking out[…]

[…]just beneath, are various totally not related websites to ours, on the other hand, they are certainly really worth going over[…]

[…]very few websites that transpire to be in depth beneath, from our point of view are undoubtedly properly worth checking out[…]

[…]Every as soon as inside a even though we select blogs that we study. Listed beneath are the newest sites that we decide on […]

[…]please pay a visit to the web pages we comply with, which includes this one particular, as it represents our picks from the web[…]

[…]check below, are some completely unrelated internet websites to ours, having said that, they’re most trustworthy sources that we use[…]

[…]just beneath, are numerous entirely not related websites to ours, having said that, they’re certainly worth going over[…]

[…]just beneath, are several entirely not connected web pages to ours, nonetheless, they’re surely worth going over[…]

[…]very few websites that happen to be comprehensive beneath, from our point of view are undoubtedly properly really worth checking out[…]

[…]Every when in a whilst we decide on blogs that we study. Listed beneath are the most up-to-date websites that we pick out […]

[…]Wonderful story, reckoned we could combine several unrelated data, nonetheless really worth taking a look, whoa did one particular discover about Mid East has got additional problerms at the same time […]

[…]just beneath, are various absolutely not associated websites to ours, however, they’re surely worth going over[…]

[…]just beneath, are several absolutely not connected internet sites to ours, nevertheless, they are certainly worth going over[…]

[…]Every when inside a although we select blogs that we study. Listed below would be the newest websites that we pick out […]

[…]one of our visitors just lately suggested the following website[…]

[…]we prefer to honor lots of other web web-sites around the internet, even though they aren’t linked to us, by linking to them. Below are some webpages worth checking out[…]

[…]just beneath, are various absolutely not associated web sites to ours, however, they’re certainly really worth going over[…]

[…]Wonderful story, reckoned we could combine a couple of unrelated information, nevertheless actually worth taking a appear, whoa did one particular learn about Mid East has got much more problerms also […]

[…]please visit the websites we comply with, like this 1, because it represents our picks from the web[…]

[…]we came across a cool internet site which you may possibly take pleasure in. Take a appear in case you want[…]

[…]Wonderful story, reckoned we could combine several unrelated data, nevertheless really really worth taking a look, whoa did one particular master about Mid East has got a lot more problerms as well […]