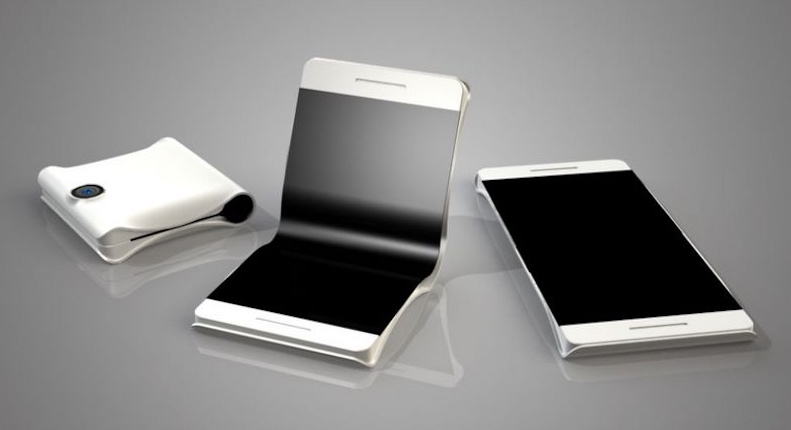 Fold-able Smartphones:- A new Form of smartphones technology is coming within a few months. yes, this is the fold-able smartphones. which will be launched in smartphones market soon……

fold able screen feature in today’s smartphone is still missing. To make this feature possible some famous smartphones companies has filled the patent for this. Nowadays according to the latest news Samsung is succeed in making such kind of smartphone.The Samsung Galaxy X, which was rumor 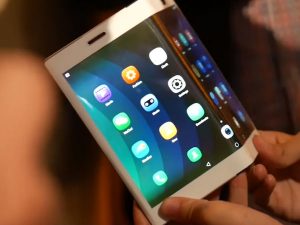 ed as First fold-able smartphone by Samsung. According to reports at the time it would be ready for release in 2017 and would have a fold-able 4K display, so that the resolution would remain high even when the phone was folded. We were skeptical about that launch date at the time, and were right to be, as we’re now in 2018 with no sign of it.
But that’s not quite the full story so far. At SID 2016 Samsung showed off a roll-out display – but one which didn’t have a touchscreen layer, which would be pretty vital for a smartphone. Then in June 2017 “people familiar with the matter” reported that we might see two fold-able phones from Samsung in 2017 – backing up those previous Galaxy X reports. Supposedly one would fold out from a 5-inch handset to an 8-inch tablet, much 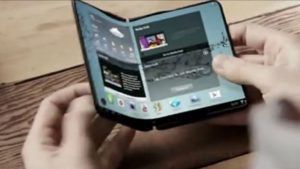 like the concept video Samsung showed back at the beginning of our story, while the other would fold in half like a cosmetic compact, along the lines of a folding phone patent we’d already seen. The Samsung Galaxy X is a strange one. Its existence is still something of a mystery – we know it’s definitely a thing (we’ve seen the concepts) and we know that it bends. The thing is, we don’t know how it achieves this technical wizardry, or know any concrete details surrounding Samsung’s fancy-pants smartphone for that matter. Industry leaders might have a better idea about the Galaxy X, following reports of a private Samsung event at CES 2018. According to The Korean Herald, the secret meeting involved a new version 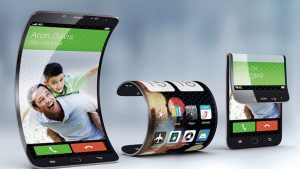 of the Galaxy X, as well as a launch schedule for the device.

The Samsung unveiled both inward folding and outward folding phones  , with the former expected to be adopted first by Samsung.  The latter is described, however, as a “more advanced next-generation technology”. The report also says the Galaxy X has a 7.3-inch display, but no specific details are given about a launch date.