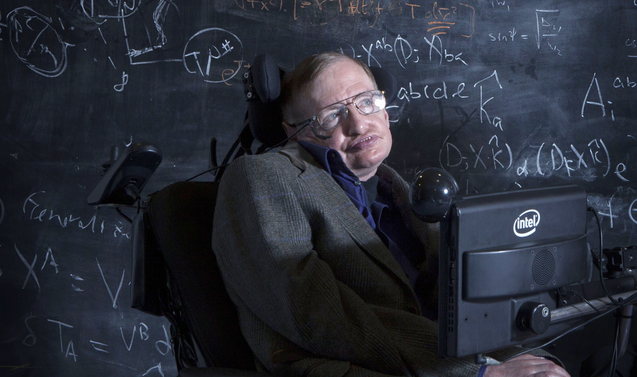 Stephen Hawking has died at the age of 76, and scientists around the world are paying tribute to his legacy — not just as a mathematician and astrophysicist, but as a public educator, an inspiration to millions, and a human being with a sharp sense of humor.

“What a triumph his life has been,” Martin Rees, a cosmologist at Cambridge University and a longtime colleague of Hawking’s, told The New York Times. “His name will live in the annals of science; millions have had their cosmic horizons widened by his best-selling books; and even more, around the world, have been inspired by a unique example of achievement against all the odds — a manifestation of amazing willpower and determination.”

“inspired generations to look beyond our own blue planet.”

British astronaut Tim Peake said Hawking had “inspired generations to look beyond our own blue planet and expand our understanding of the universe,” while Neil deGrasse Tyson said Hawking’s passing had “left an intellectual vacuum in his wake.” Professor James Hartle, who worked with Hawking on theoretical descriptions of the conditions at the beginning of the universe, praised the physicist for his ability to “see through the clutter” of science.

Hawking began his career studying mathematics at Oxford University. He then moved to Cambridge University to pursue cosmology (the only discipline, he claimed, that could keep his interest). In 1963, when Hawking was 21, he was diagnosed with the motor neurone disease ALS. His doctors initially told him he had two years to live. His death this week means he outlasted this initial prognosis by more than half a century. 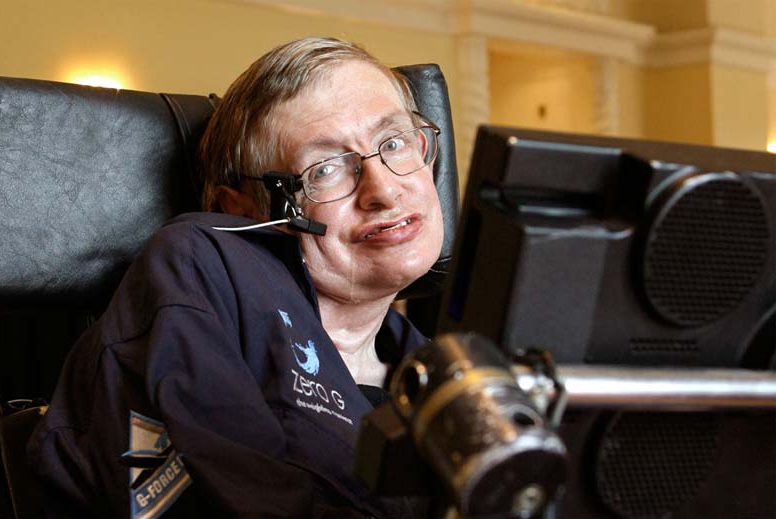 “Although there was a cloud hanging over my future, I found, to my surprise, that I was enjoying life in the present more than before,” said Hawking of his diagnosis. From the 1960s onwards, he said his goal in academics was simple: “It is a complete understanding of the universe, why it is as it is and why it exists at all.”

Although it is the public image of Hawking — sitting in a motorized wheelchair, communicating through a synthesized voice while his mind roamed the Universe — that caught the imagination, his close friends remember a more human side.

“Those who knew Hawking would clearly appreciate the dominating presence of a real human being, with an enormous zest for life, great humor, and tremendous determination, yet with normal human weaknesses, as well as his more obvious strengths,” writes Roger Penrose, who worked with Hawking on his first major breakthrough; theorems explaining how the Universe might have begun with a singularity

Remembering Stephen Hawking, a renowned physicist and ambassador of science. His theories unlocked a universe of possibilities that we & the world are exploring. May you keep flying like superman in microgravity, as you said to astronauts on @Space_Station in 2014 pic.twitter.com/FeR4fd2zZ5

Hawking’s brilliant intellect and unflinching personality famously contrasted with the wasting disease from which he suffered for most of his life, limiting his movements and speech. Undaunted by the diagnosis when he was 21 and prognosis of death before 30, Hawking defied every expectation and lived an extraordinary and productive life.

“Intelligence is the ability to adapt to change,” he once said — a statement he amply justified.

Although his work was hardly comprehensible by the public at large, Hawking was a gifted writer as well as physicist, and his many volumes, A Brief History of Time surely the most famous of them, have delighted and educated generations. He joined giants like Feynman in combining enormous contributions to his field with an engaging style of educating others that neither talks down to nor underestimates his listeners or readers.

He was a complicated person, a proudly opinionated genius frequently inspiring and occasionally controversial — anything but ordinary. Surely no one has ever lived or ever will live a life like his. He is survived by three children — Robert, Lucy, and Timothy — and three grandchildren